War and Its Expectations

After five days of fighting madnessly, understanding has found a little room for himself.  At the time these lines are being written, talks have started between Ukraine and Russia on the Belarus border.  In view of the tension being built up between the two countries during the last fortnight has turned into a threat of ever-increasing war, there were many buts and ifs involved in such talks.  But when representatives of war countries sit face to face at the negotiating table, it has a significance of its own.  There is hope, no matter what the outcome will be.  For the last one week, many countries of the world including India is constantly saying that Russia and Ukraine should sit and talk with each other.  They will have to talk even after victory and defeat in the war, So why not talk first? The talks that have started is welcome.  It is also welcome that Russia has reduced its aggression slightly in the fight, after which the possibility of talks has also been created. 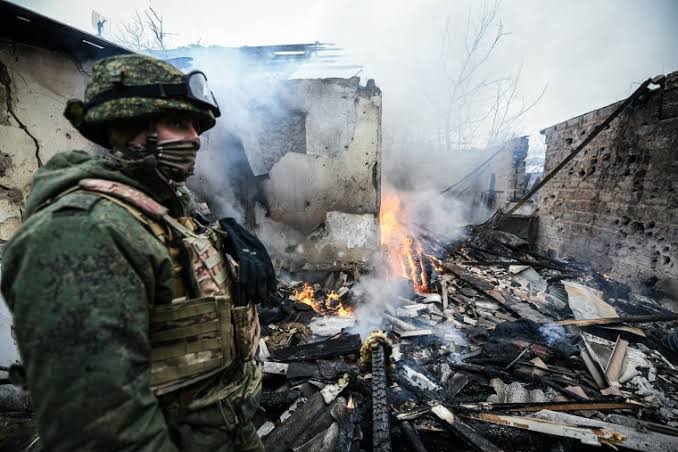 The world has not yet been freed from the shuddering of the threat of nuclear war that came from Russia on Sunday, just a day ago.  When Russian President Vladimir Putin told his army to be ready to use nuclear weapons, the crisis once seemed to have reached a dangerous point. However, strategic experts were astonished that at this juncture of the war, there was no need to talk about the use of nuclear weapons.
It is also true that the fight did not turn out to be as easy as Russia thought it was, but what happened in the last five days, Russia always had the upper hand. Therefore, the threat of nuclear weapons that had been given remains an enigma.  Some experts are of the opinion that this threat was not actually for Ukraine, it was for the Western countries which stand in support of Ukraine.  According to this, the Russian President probably wants to warn Western countries that if they do get involved in this war, the dangers of fighting may increase greatly.
It is true that Western countries, especially NATO and the European Union, are on the one side of this fight, which may not be a part of this war, but they are the reason for it. It is also believed that this is a war of hegemony between Russia and NATO, which is being fought on the territory of Ukraine.  India's stand on this whole issue is that if the problem is to be ended peacefully, then NATO and Russia will have to talk honestly and seriously.  The way to the final solution of this issue will emerge from this, but at the moment the biggest need is that the ongoing war between Russia and Ukraine should end immediately.  The talks that have started on the Belarus border gave hope for this.  Wars are the result of stubbornness and when two fighting countries sit at the negotiating table, it is not very easy for them to talk freely. It's time to test the patience of both the countries. Countries ready for military intervention between the two countries should wait a bit.
146 Likes21 Comments